London, the fascinating capital city of England, is a tourist and student hub.  Students wanting to study in London are offered a diverse range of options when it comes to educational institutions.  Known as one of the besit student cities in the world there sre qround 18 best universities in London. This means, along with housing the top universities in London, the city is friendly, welcoming and empathetic towards students from around the globe.

In this blog, we take you through the best universities in London along with all the relevant details you need to know before making a choice for the one that matches with your needs. If you are aspiring to study at the best colleges in London, this blog will surely guide you in the right direction.

5 Awesome Reasons To Study In London

Apart from the best colleges in London, the city is famous for a great many reasons including job opportunities, entertainment, culture and diversity. While these are some of the advantages, let us look at some other perks of studying at the best universities in London:

SUGGESTED: A Complete Guide to Studying in London for International Students

The endless list of advantages of studying at the top colleges in London goes on.  Hence, let’s check off the essentials of the London university list by discussing the types and top universities in London.

Types of Universities in London

London houses 18 top ranked universities of the World. Each one of the universities in London for international students are unique from the other and cater to the brightest of students in the world. Broadly, there are 5 types of universities in UK. That are:

London houses a few of these types of universities that ensures imparting the best quality education and exposure to students. Therefore, thinking of studying in any type of university on the British land, will be a great choice.

SUGGESTED: Find out about the public universities in UK

Let’s now take a look at the top 10 universities in London:

The above list comprises the best colleges in London to study in 2022. Let’s discuss each of the top 10 universities in London in detail.

Ranked 7th in the world, Imperial College London is considered to be the best university to pursue any STEM  specializations.   Focused on the subjects of science   the university has   greatly contributed to the   development of fields such as Medicine, Engineering, Finance etc. If you aspire to be a revolutionary scientist, this is the university you should go to! 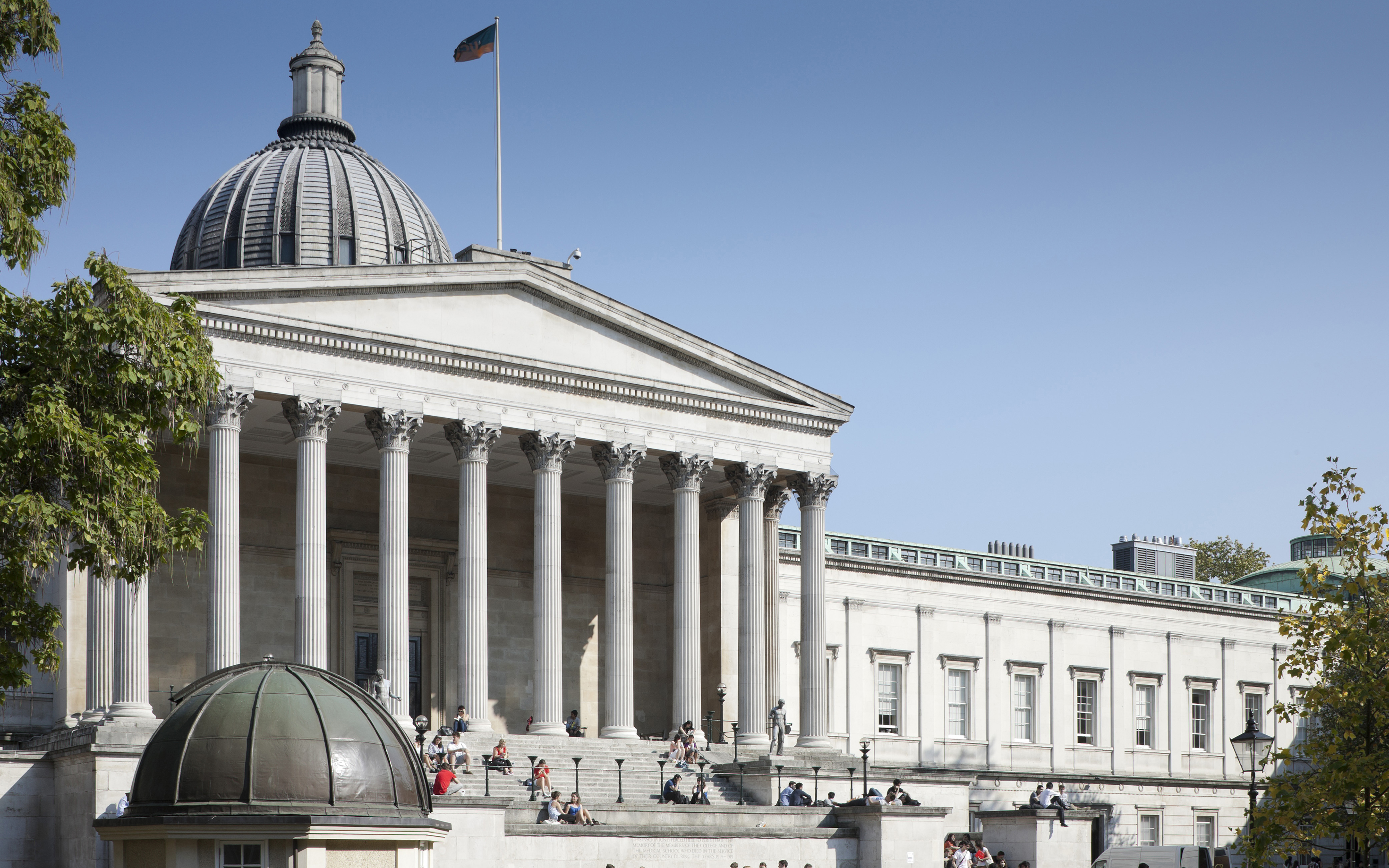 The University College London is renowned for its overall development approach. Top-class infrastructure, best courses, entertainment centres, meditative rooms and highly skilled educators, UCL has it all!  The University is also popularly known as a problem solver. With an intuitive approach to education, the university encourages students to find their paths rather than just follow the one served to them. 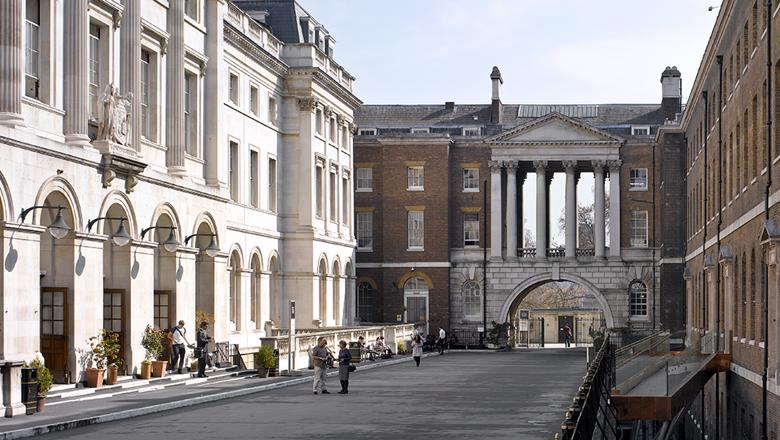 Established in 1829, King’s College is one of the most ancient colleges in the world. Speaking about its history, the university played a crucial role in contributing towards research advancements that led to the discovery of the DNA structure, telephone etc. Ranked among the best universities in the world, studying at King’s will ensure you are provided with enormous learning and growth opportunities.

The London School of Economics and Political Science (LSE)

If there is one thing that runs the world, it is Finance. London School of Economics and Political Science is one of the top institutes of the world educating young minds about money and politics. Known for its concentration on teaching and research, this is the best university for students interested in an MBA, Business studies, Finance, etc. 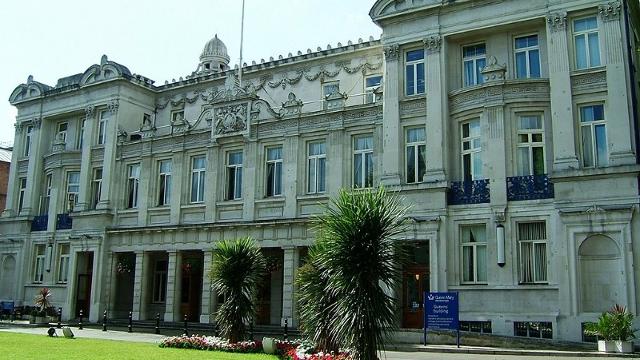 Research and teaching go hand-in-hand at Queen Mary. The university proactively contributes towards robotics, AI research and innovation. The groundbreaking gene therapy trial into a haemophilia cure was also conducted at this university. And as for the literary laurels, Queen Mary University also played a part in the success of the award-winning biography of Charles de Gaulle. 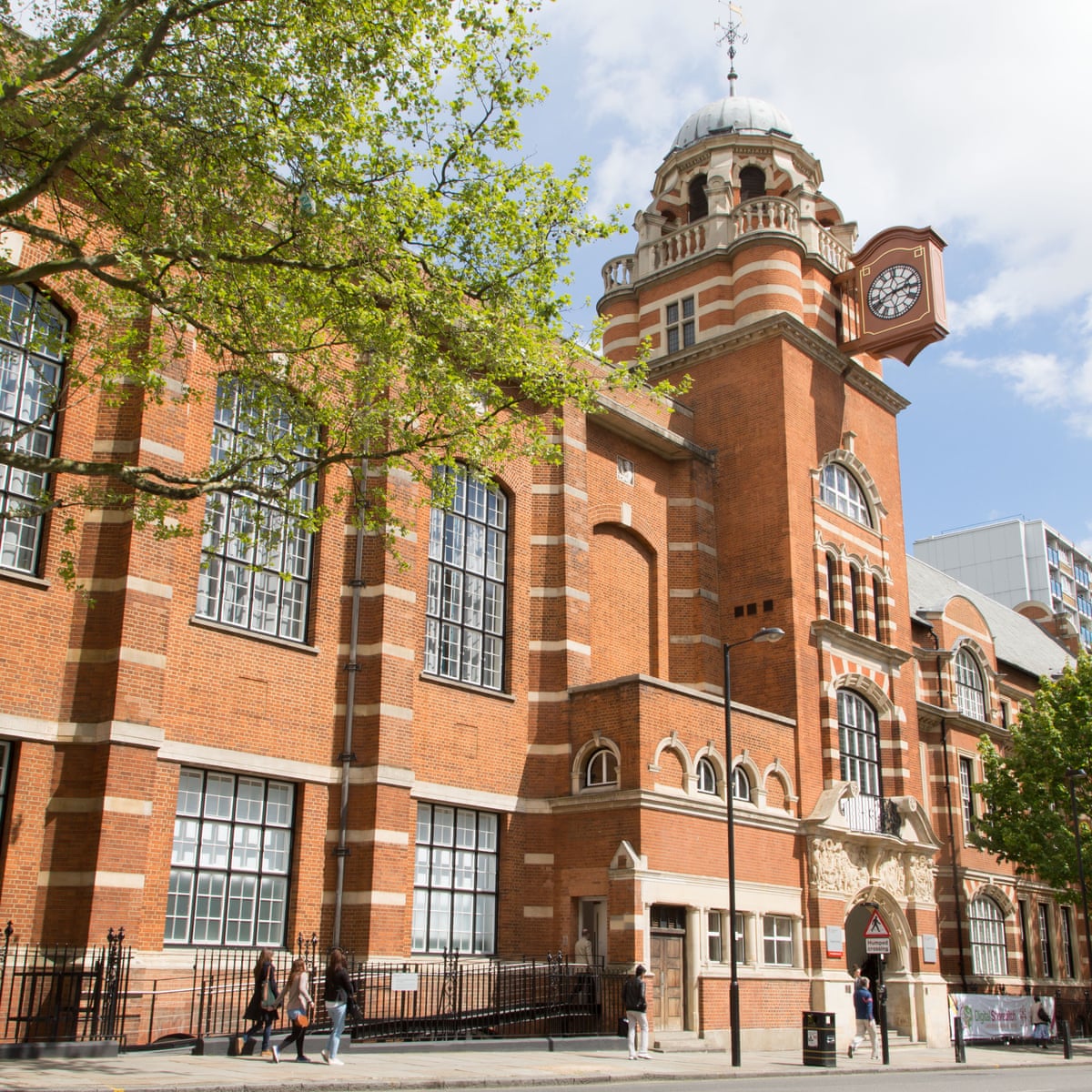 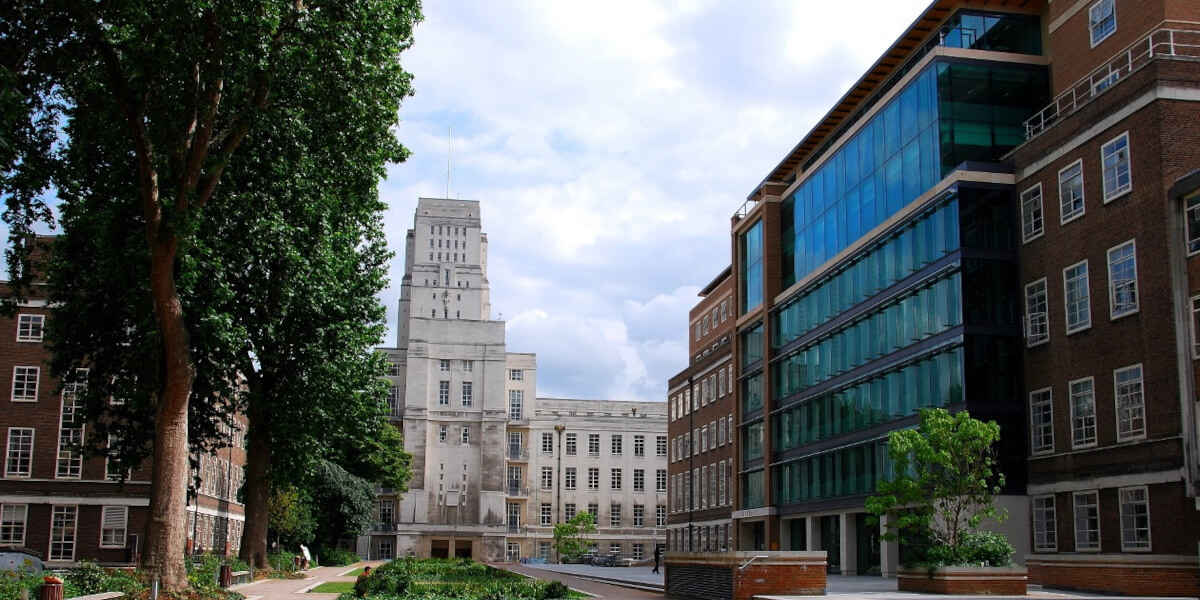 Located at the heart of London, Birkbeck is a constituent college of the federal University of London. The college is known for its high academic standards and attracts many students across the world. The university’s approach of thinking out of the box has impacted the outlook of the students greatly. Birbeck also offers evening classes to working professionals, therefore, encouraging education and networking opportunities. 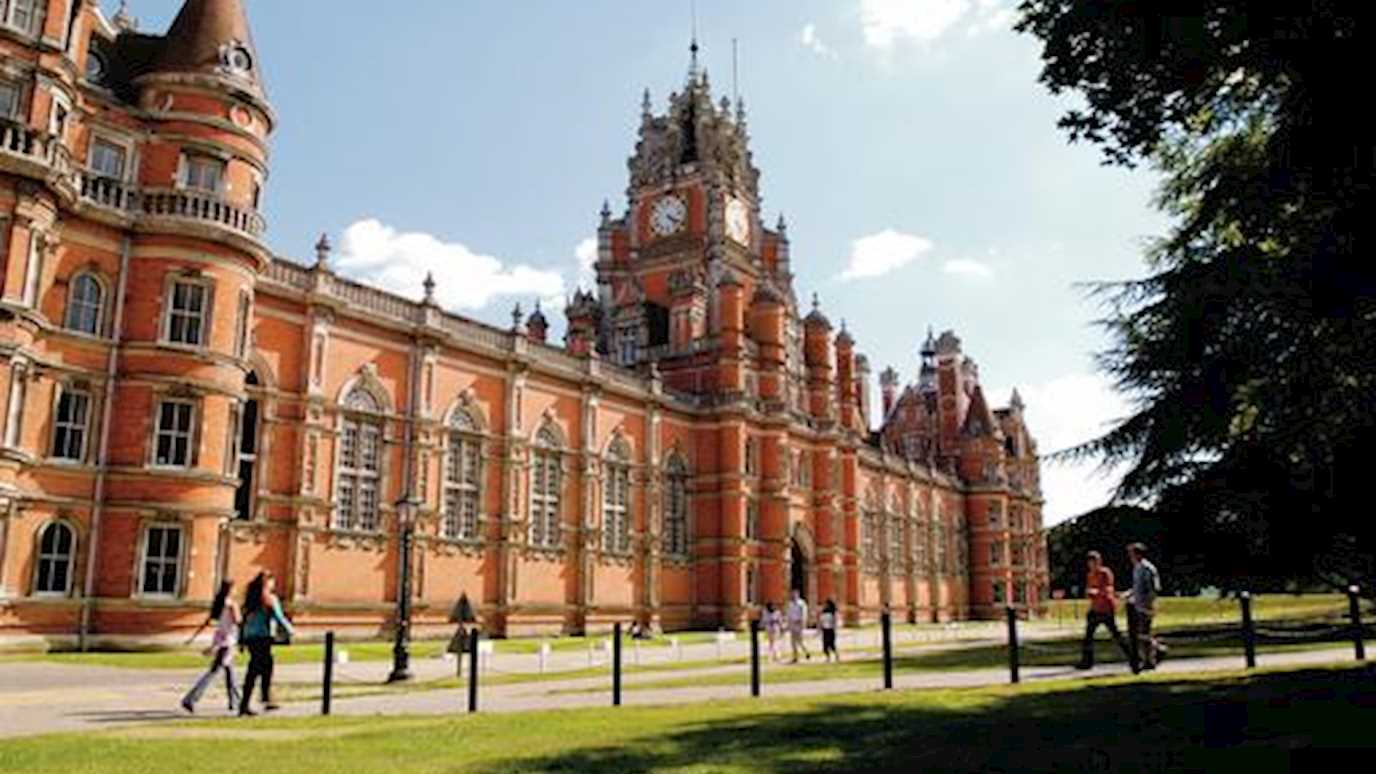 The Royal Holloway University is known to have one of the most beautiful campuses in the world housing a number of study spaces, sports facilities, cafes, etc.  The university offers multiple courses in various disciplines through its advanced teaching methods. The university was inaugurated by Queen Victoria and has grown ever since. Students of humanities and arts should prefer studying here.

Brunel University London is a campus-based university situated in West London. The university is home to nearly 13,000 students from all over the world. Founded in 1966, the university combines teaching and research with a practical and entrepreneurial approach. This is the main reason for the success of this university. 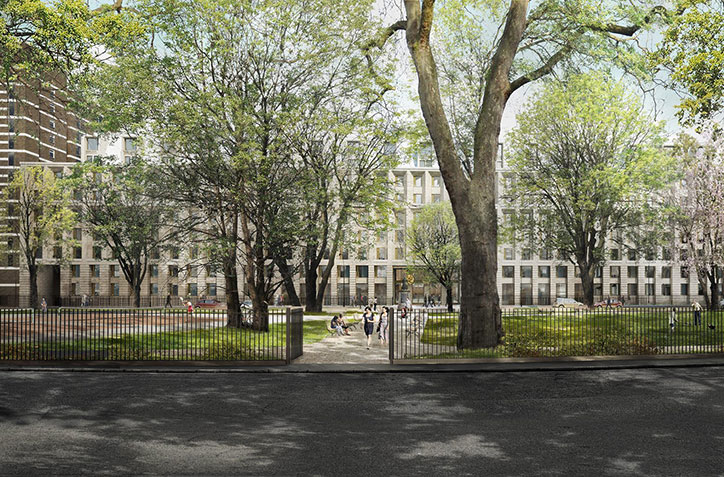 SOAS University hosts change makers. Learning within the four walls isn’t where they stop at SOAS. The university empowers them with the knowledge that allows them to stand up for various developmental issues such as human rights, development, migration, identity, legal systems, poverty, religion, and social change etc. Hence, if you are interested in making the world a better place, then this university is the right place for you!

Now that you have more information about the top universities in London, we’d like to answer a few frequently asked questions before we wrap up.

1. Which are some of the cheap universities in London?

Ans: Some of the cheapest universities in London are

2. Is studying in London worth it?

Ans: Studying abroad in London is totally worth the experience. You will be able to experience the British culture, lifestyle, network and also learn on a global scale. The international exposure of London will open doors for you to work across the world.

3. Which is the best city in the world to study?

Ans: London is considered to be one of the best student cities in the world.

4. How many universities are there in London?

Ans: There are around 18 universities in London

5. What is the average college fees in london?

Ans: The average fees charged by the colleges and universities in London is £18,000 per year.

The above list sums up the best universities in London that you can choose for your higher studies. These universities guarantee not only quality education, but also ensure that you get the best exposure to the professional world. Contact a Yocket professional in case you require assistance in selecting your London university