Dealing with Free Food on campus... 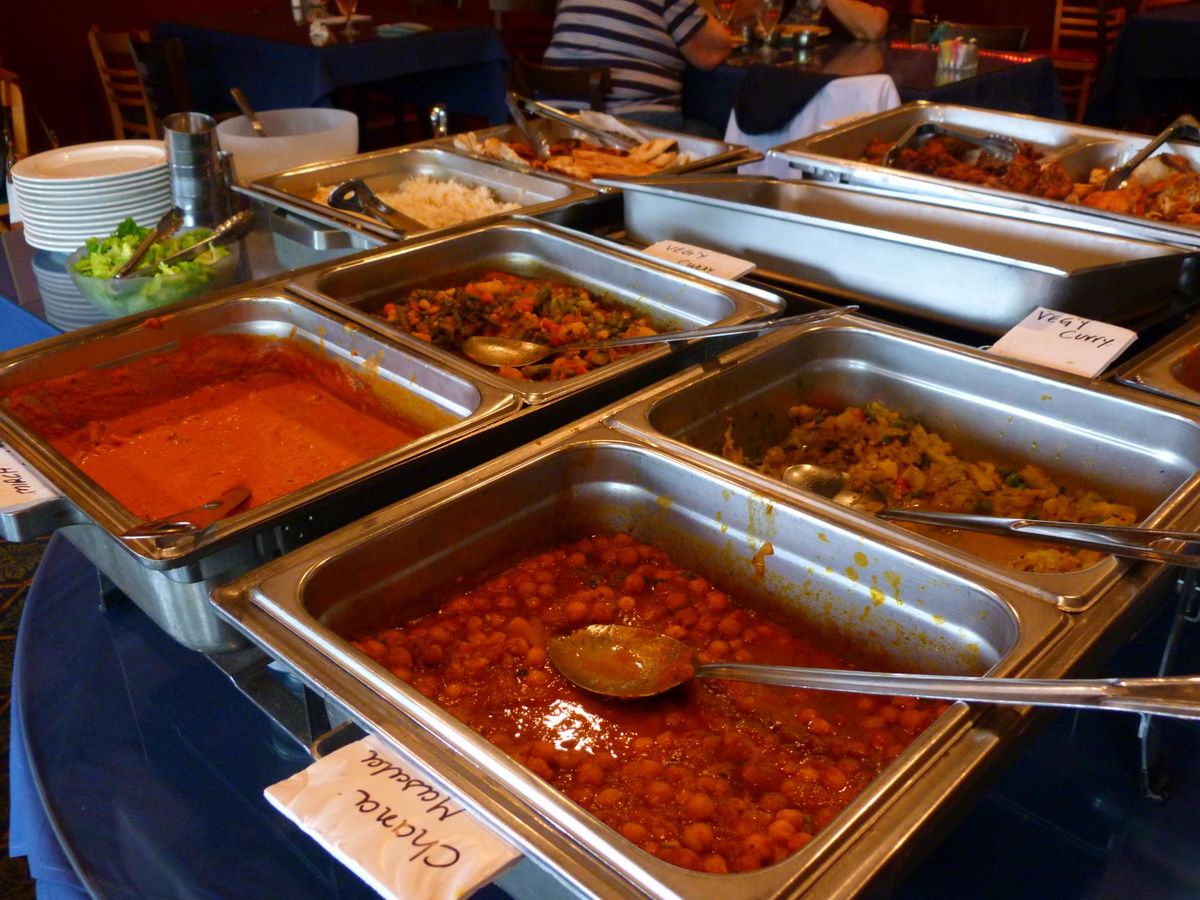 The US universities are big about making international students feel like home and believe in a strong social bonding. Therefore, a lot of the events on campus have free food. Here is what you HAVE TO know about free food on campus.

All students love free food. But don't make it obvious.

My friend from Delhi and her Nigerian friend had an exam. My friend finished the exam first and was waiting outside the classroom for the other girl. She noticed that her Indian friends from the Mech dept were standing outside the classroom adjacent to hers. Apparently, they exam was postponed by 15 mins or so. You know how we all get anxious before exams. Poor souls were worried and were rushing through some notes, last minute. The Nigerian girl walks out, looks at the crowd and in a condescending tone of voice, goes " So many loud Indian students! Are they giving away free food? *goes on to laugh*" No prizes for guessing how my friend felt.

You probably think she was very quick to judge a group of Indian students. I thought so too. But in her defense, here is why she thought so.

I am a part of this group Cultural Connections at my university. The name probably tells you what it's about. We had an event called the International Mother Language Day and we had free food at the event.

The students had to collect this trivia slip with 5 questions about different languages. They had to go the table designated to this language and show the answer. If it were right, the person would put a tick and sign it. If not, (s)he'll cross it and tell you what the answer is and sign it. The idea was to learn five new words from different languages around the world. Upon getting all five signatures, students would stop my group - a Chinese guy, an American girl (was also the President of Cultural Connections) and I (was the President of ISA). We'd look at the slips and let them go to the food section.

There was huge line to get the answers checked. 5 tables arranged in an inverted U, 50-60 students in total. Students started at one end of the U and I was at the other end.

This group of 4 Indian students, 2 guys AND two girls (yeah, there is a misconception that only Indian men are hungry for free food but no, girls too!) who took the trivia slips, wrote random answers and signed themselves near table #1 and came to me and were like "Sid, here are our slips! Let us go eat now!" I and my two friends were watching them do it and but couldn't really say anything because the insisted that they got everything signed. The American girl was like," *sigh* Okay, enjoy your food! Have fun!" We decided not to create a scene since some of the university officials were also present there. The look that she gave me after that was :| Never mind.

It bad that they did it in the first place. What made me feel worse was that they came straight to me since I was the ISA President and were like "Sid!...."

(Pardon the bad handwriting, on the bus. This is the best I could. PS: Diagram not to scale. It was a HUGE hall and there was enough space.)

I was planning the Diwali event (Deepotsav '13) on our campus and had to get in touch with the university officials to make sure everything was smooth. Usually, university rules dictate that when you have a social gathering you're expected to have security at your event (and pay for it!) That year, all student groups had a fund cut. But security rules were relaxed and we were told that student groups won't have to have security at the event unless you serve alcohol at it. I was like, " No, we're not going to serve alcohol at the event so we're not going to need the security." I was so glad that I could save the $750 and spend the same for something else.

Two days before the event when we were done with pretty much everything, I got an email from the direct of on campus security. I spoke to her and she said "Sid, I understand that you have an event on Friday. I want to inform you that you have to have security officers present at your event. If not, event can not happen!" I explained the change in the rule. What she told me made me go " OH GOD! KILL ME NOW? " She said, "Back in 2006, there was a fight at the Deepotsav event for food. Indian students fight for food! So you have to have security at the event. If not, the event CAN NOT go on!" She was stubborn about it and there was nothing I could do about it. Some random fight (which i don't even think happened) in 2006, came back to haunt me in 2013 and cost my ISA $750 when we didn't even have to security.

Long story short, all students love free food. You'd be surprised to know how many American students would kill for free pizza. Grad student life can time consuming. I understand that Free Food=No cooking and you can use this time to finish you assignments or even sleep! For some, it may even save a few dollars. I get that. But people don't make it SO obvious that your friends from India are looked down upon because of your behavior.

I am not sure if somebody has already mentioned this, but know that you're representing your country here. Whatever you do or say is associated to the Indian student community and not to you as an individual. Unless the whole university knows you, your actions make people cast judgement on the "Brown students" as a whole. I refuse to be called a Bhukkad - some body who fights for food, because some dude misbehaved in 2006. As an ethnic group on campus, I refuse to spend money on things that other ethnic groups don't have to worry about.

There are 1089 Indians on campus. So you can imagine the scale of these events. We put our heart and soul into organizing events for students on campus so that you guys can, for a moment, forget that you're away from home, family and friends but are able to enjoy that day with your Indian student family on campus.

Majority of the students handle themselves well. It's the few handful students who mar Indian grad students' rep on campus and as an Indian and a former President of the Indian Student Association, I urge you rethink what you do. Because whatever we may say or do, will probably end up hurting somebody else in some other way. Worse, a few years down the line.